The prepared text for this morning’s sermon at MacAlpine Presbyterian Church is below.  Perhaps it is fitting that this passage about a burial ground is a text about real estate since I’m looking for houses to buy.  The sermon audio is available at this link.  In the text, the abbreviation ANE stands for Ancient Near East.  More about this section of Genesis is available at this link. 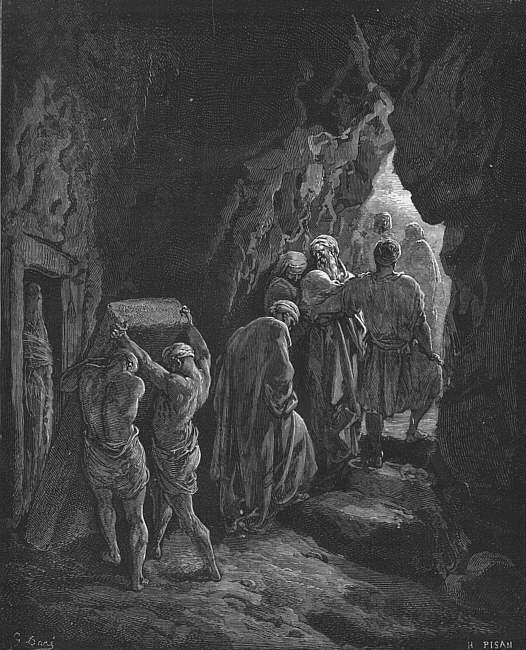 These days there are many real estate gurus who will teach you how to find off-market properties, what you need to know about things like zoning and taxes, how to take care of the seller’s problems as you negotiate a fair price for the property so that everyone wins, and all the rest. Today I’m going to try to be your real estate guru for the Ancient Near East in the time of Abraham. Now Abraham wasn’t looking to buy a house or a field, he simply needed a cave to use as a tomb because Sarah had died. So he went to the people of the land and asked them to sell him a property for a burial ground. As your real estate guru let me clarify that when Abraham says, “give me property among you for a burying place” he is asking them to sell him a property for a burial ground. The Hittites responded the way that they were expected to answer him in that culture—especially seeing as how Abraham was in mourning. The Hittites didn’t want to be seen as taking advantage of his grief by selling him a property for a burial ground for a lot of money. So they offered to let him bury Sarah in any of their tombs at no charge. And in that culture, Abraham was expected to refuse their generous gesture and insist on paying for a burial ground. Thus he stood up and took a bow as he politely refused it. Apparently Abraham had already identified an off-market property nearby that would meet his needs. He didn’t want to buy the whole property, he was only looking to purchase the cave at the end of the field for a burial ground. It was common in those days to enlist a mediator to go between the parties to arrange for such a sale so Abraham asked them to entreat Ephron who was the owner of that field. And Abraham offered to pay its full price from the start. Of course, Ephron was then obliged to go through this same charade as he offered to give both the field and the cave at the end of it to this grieving old man for a burial ground without charge and Abraham politely refused him and renewed his offer to pay full price but now it was an offer to pay full price for both the field and the cave at the end of it. And as is typical in these kinds of negotiations, Ephron floated a price for the land. He made it sound like it was no big deal, he’d just as soon give it to Abraham as to sell it to him. But the value Ephron put on that land was higher than it was actually worth. He expected Abraham to counter and they would go back and forth until they met somewhere in the middle. Thus with that introduction to ANE real estate customs, let’s read it: