A Change For Good (Numbers 21)

The prepared text for today’s sermon at MacAlpine Presbyterian Church in Buffalo, New York, is below.  You can find the sermon audio at this link.  While never directly discussed in the sermon, the title is playing on the word “good.”  That is, in this passage we see Israel make a change for the better but that invites the question of whether it will last.  You can find my commentary on this portion of Numbers at this link. 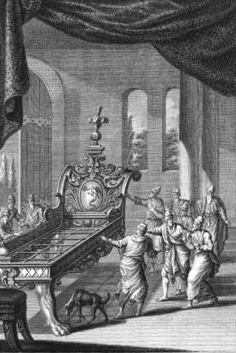 Let’s say that you have resolved to change. To put it negatively: You don’t want to rely on your own strength. You don’t want to be afraid of giants. You don’t want to be Satan’s slave. You don’t want to believe the past was great, the present is awful, and you have no future. You don’t want to believe all of the bad reports you hear about God and His “empty promises.” You don’t want to die in the wilderness—sooner rather than later. To put it positively: You want to be the kind of person who trusts in YHWH. You want to be someone who fearlessly and successfully fights giants and the power of the serpent. You want to pray with power. You want to rejoice that your past is behind you and to enjoy the blessings you have in the present. You want to follow Jesus to the Promised Land. But let’s say that there are still some people around you who don’t share your resolve to change. And let’s say that you have grown up with bedtime stories about how the past in Egypt was great, all of your life you’ve been encouraged to do whatever makes you happy and feel good, and your parents and all of your friend’s parents have set a bad example for you by complaining every time they experienced some inconvenience. But let’s say it isn’t just you alone who has resolved to change but most of the church, including all of the youth, have decided to be different. The church has decided to believe that our best days are ahead of us rather than behind us. The church has decided that we want to talk about all of the great things God is doing for us rather than to engage in gossip or grumbling. The church wants to pray and see our prayers answered in power. The church knows that our true enemy isn’t the people of the world who don’t believe in Jesus—our true enemy is Satan—but the church has resolved to take the battle to the serpent with faith in the Lord. The church has decided that we will no longer be afraid to tell people the good news and that we won’t be afraid of rejection. The church has resolved that we won’t give up and die but also that we won’t rely on our own strength to turn things around. The second generation of Israel in the wilderness is my inspiration for this church I’m describing. It doesn’t all go smoothly in the beginning for that generation. After all, there are still people among them who don’t share their resolve to be different and the people can still fall back into their old ways. Nevertheless, this generation will press ahead in faith and they model for us what it might look like to transition from the way things have always been to what they could be if we believe.