The text of the sermon preached this morning at MacAlpine Presbyterian Church is below.  The sermon audio is available at this link here.  You may also find my commentary on Genesis 37-50 helpful, which is available here.  Nevertheless, there are new observations in this sermon and even a note about something I saw when talking with one of our visitors after church.  Next Sunday we will explore Acts 1:1-11, although all of Acts 1 is helpful to read ahead of time.  We will finish the series on Pentecost with Acts 2.  The intervening Sunday is Mother’s Day, on which we will look at other passages with the theme, “Who is my mother?” 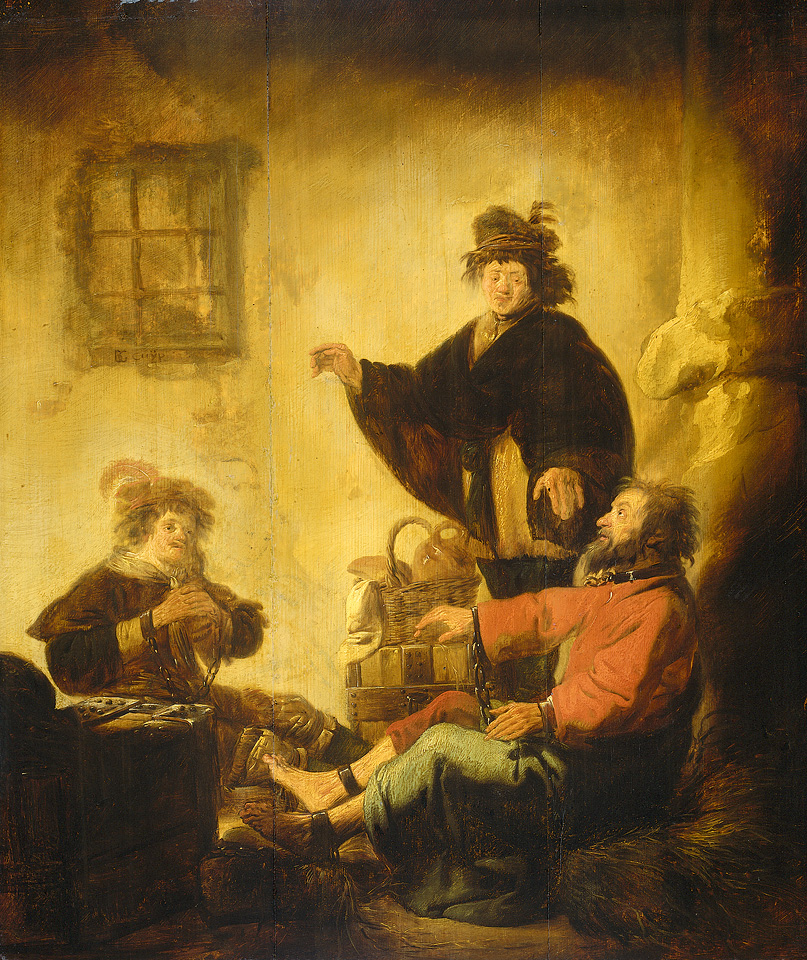 Joseph interpreting the dreams of the baker and the cupbearer, by Benjamin Cuyp, ca. 1630

After Jesus rose from the dead, the disciples went through something like an intensive seminary course on the Hebrew Scriptures. Jesus told the two disciples headed down the road of doubt and disillusionment that it was necessary that the Christ should suffer these things and enter into His glory and beginning with Moses and all the Prophets He interpreted to them in all the Scriptures the things concerning Himself (Luke 24:26-27). Indeed, He taught the eleven, plus those two disciples, and the rest of the disciples gathered with them that everything written about Him in the Torah of Moses, the Prophets and the Psalms must be fulfilled. Then Jesus opened their minds to understand the Scriptures and instead of citing a proof-text Jesus said that the sum of the teaching of the Hebrew Scriptures is that the Christ should suffer and on the third day rise from the dead and that repentance and forgiveness of sins should be proclaimed in His name to all nations beginning from Jerusalem (Luke 24:44-47). As we will see next Sunday, Acts 1 suggests that this intensive course of study would continue within 40 days before Jesus ascended into heaven. Now many Christians probably think that Jesus took the disciples through the common proof-texts about the Lord Jesus Christ like a passage from Isaiah that speaks of a virgin birth or another passage describing the suffering servant. A proof-text is a verse that you can point to and say it proves what you are teaching. In this case, a proof-text would be any verse that is clearly about Christ Jesus. I’m sure they did have a class about Isaiah. But the problem with proof-texting what Jesus says the Hebrew Scriptures teach, is that you can’t find a verse in the Old Testament, for example, that says that the Christ would rise from the dead on the third day. Jesus wasn’t teaching the disciples to proof-text His death and resurrection and the proclamation of the gospel of forgiveness. Instead, He was teaching them how the basic pattern or plot of these stories point us forward to Him. He was teaching them the deep structures of the Gospel. Thus while there is no proof-text that says the Christ would rise from the dead on the third day there are plenty of passages where a type of the resurrection took place on the third day. Indeed, a common theme in the stories of God’s anointed one—which in Greek is the word Christ—is that the anointed one suffered before entering his glory. Jesus taught the disciples to understand these deep structures in the Scriptures so that they would understand that it was absolutely necessary that the Christ should suffer these things and enter into His glory and that repentance and forgiveness of sins should be proclaimed to all nations beginning from Jerusalem. Let’s take the story of Joseph in more depth as an example. We aren’t going to see everything from Genesis 37 to 50 that is about the Lord Jesus Christ, but what we will see is some of the deep structure of these stories so that you will see how it points to the Lord Jesus Christ more clearly now than maybe you’ve ever seen before. I invite you to turn in your Bibles or grab a pew Bible and turn to Genesis 37. We won’t be reading but a few verses here and there because of the length of this story.